The Canadian dollar is on the top-10 list of the world’s most frequently traded currencies. Data from the year 2018 show it to be on #6. 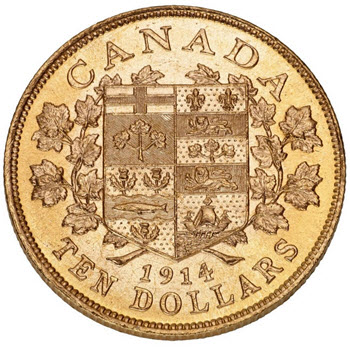 In the year 2018, the USD/CAD currency pair was the fifth most commonly traded pair on the FX market.

Where is the Canadian dollar used?

The Canadian dollar is the offical currency of Canada. Canada is the 10th largest economy in the world and the 9th largest in terms of export.

The Canadian dollar is also widely used in the Overseas Collectivity of Saint Pierre and Miquelon, even though Euro is the official currency for the collectivity. (It’s is a self-governing territorial overseas collectivity of France, located off the coast of Newfoundland and Labrador.)

Short facts about the Canadian dollar

At the time of writing, roughly 2% of the total amount of money held in national currency reserves are Canadian dollars. This small percentage is still enough to put the CAD on the top-10 list of currency reserve currencies. So far in the 21st century, the CAD has occupied the middle section on this list (typically spot five or six); the exact position varieis a bit from year to year.

Canada’s central bank, which is called Bank of Canada (BoC), is responsible for formulating Canada’s monetary policy. It is the only issuer of Canadian banknotes.

At the time of writing, the Bank of Canada has no specified target value for the Canadian dollar against any other currency.

BoC is located in Ottawa, the capital of Canada.

After the global financial crisis of 2008, the Bank of Canada put forward a framework for the use of unconventional monetary policy measures to ensure that Canada’s monetary system remains intact during future financial crisisis.

The four main tools outlined in the policy document are:

One example of how the bank has used forward guidance in the past is the Bank’s 2009 conditional promise to keep its key policy rate untouched for a year provided that the inflation rate stayed unaffected during that time.

When it comes to asset purchases, the Bank of Canada regularly makes medium sized purchases, so the unconventionallity of #2 is only about the size of the purchases (large-scale rather than medium-scale).

Funding for credit is done to make sure that economically important sectors do not lose access to funding during an economic crisis. More specifically, the Bank of Canada is ready to provide collateralized funding to households and businesses at a subsidized rate as long as certain ledning objectives are met.

Below zero interest rates on loans, also known as negative interest, is a tool already in use by several other central banks, including the European Central Bank and the Swiss National Bank.