Data from 2018 shows the Pound Sterling (GBP) as the fourth most traded currency on the FX market, behind the USD, Euro and Japanese yen. If we take a look at the most frequently traded currency pairs for that year, we find GBP/USD on third place and EUR/GBP on eight place. The pound sterling in very popular among the customers of UK forex brokers.

The pound sterling is the oldest currency still in use which has been in continuous use since its inception.

It is currencly the third-most held currency in national currency reserves, although it make up less than 5% of all the reserve currency. 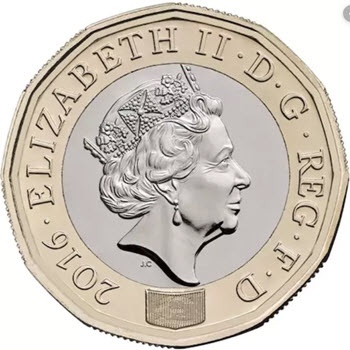 The Guernsey pound and the Jersey pound are local issues of the pound sterling, not separate currencies. This makes them different than the Manx pound, the Gibraltar pound, the Falkland Islands pound, and the Saint Helena pound, which are not local issues of the pound sterling and not regulated by The Government and Company of the Bank of England.

Short facts about the pound sterling

In Anglo-Saxon England, 240 standard silver penny coins weighed 1 pound. The symbol £ referes to the Latin word libra, the basic Roman unit of weight. So, back than, one pound actually weighed one pound. Up until 1971, £1 was equal to 240 pence, even though the coins were no longer made from silver. Since 1971, £1 has been equal to 100 pence.

The Governor and Company of the Bank of England

The pound sterling is regulated by The Governor and Company of the Bank of England.

This is the entity that sets and enforce the monetary policy for the currency. However, in extreme economic conditions, the Bank of England is required to follow the orders of Her Majesty’s Treasury (the Exchequer), if it is necessary with regards to the public. Such an order from the Exchequer is valid for 28 days. After that time period, approval from the Parliament is required for the order to remain valid.

The Monetary Policy Committee (MPC) is a committee of the Bank of England which decides the Bank of England Base Rate – the official interest rate in the United Kingdom. The committee, which meets eight times a year, is also responsbible for various other aspects of the government’s monetary policy, such as forward guidance and quantitative easing, and for keeping the Consumer Price Index measure of inflation close to a target set by the government.

The MPC was announced in 1997, and given operational responsibility for setting interest rates in the Bank of England Act 1998. The idea of the MPC is to have a committee that is relatively free from political interference. Each committee member has one vote, and full minutes of each meeting are published so that each member is held to account for their vote.

As mentioned above, the pound sterling is the fourth most common currency in official foreign exchange reserves.