The Japanese Yen (JPY) is the third-most traded currency on the FX market. It’s less traded than the USD and the EUR, but more traded than the GBP and AUD. It is also the fourth most popular currency in national currency reserves. 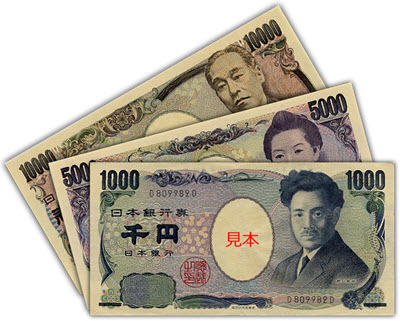 For the year 2018, the USD/JPY was the second-most traded currency pair on the FX market, surpassed only by the EUR/USD.

The GBP/JPY currency pair has traditionally been nicknamed Guppy. When the Euro was launched, the EUR/JPY consequently got the moniker Yuppy.

Short facts about the Japanese yen

The symbol ¥ is used by both the Japanese yen and the Chinese yuan / renminbi.

Yen (as in Japanese yen), Yuan (as in Chinese yuan) and Won (as in South Korean won and North Korean won) are all derived from words that mean circle/round, a reference to the shape of the coins.

Since the early 1950s, no sen or rin coins or bills have been in circulation.

Where is the JPY offical currency?

The Japanese yen is the official currency of Japan.

The monetary policy is handled by The Bank of Japan (Nippon Ginkō). Since the 1990s, the bank has enjoyed a higher degree of autonomy from the Japanese government than before.

Ever since the 1990s, the Bank of Japan has focused on maintaining zero to near-zero interest rates in an effort to boost the economy, and also made several enormous bond purchases to inject money into the economic system. In line with the overarcing government policy, the Bank of Japan aims to keep the value of the yen down to support Japanese export companies. Often, this has proved a difficult task. The yen did for instance increase in value against all the major currencies during the 2008 global financial crisis.